Last night was the Toronto Fancy Sewcial, an event for Toronto sewing folk to gather in their favourite frocks (or other handmade garments) and mingle while enjoying wine and cheese. I’ve heard of such events (often called “Frocktails”) happening in Melbourne, Seattle, London, and Ottawa, and was always jealous of those who got to attend.

So of course, when I heard about the one taking place in Toronto, I bought tickets as soon as they went on sale. Also, I knew I would just have to make a new dress for the occasion. 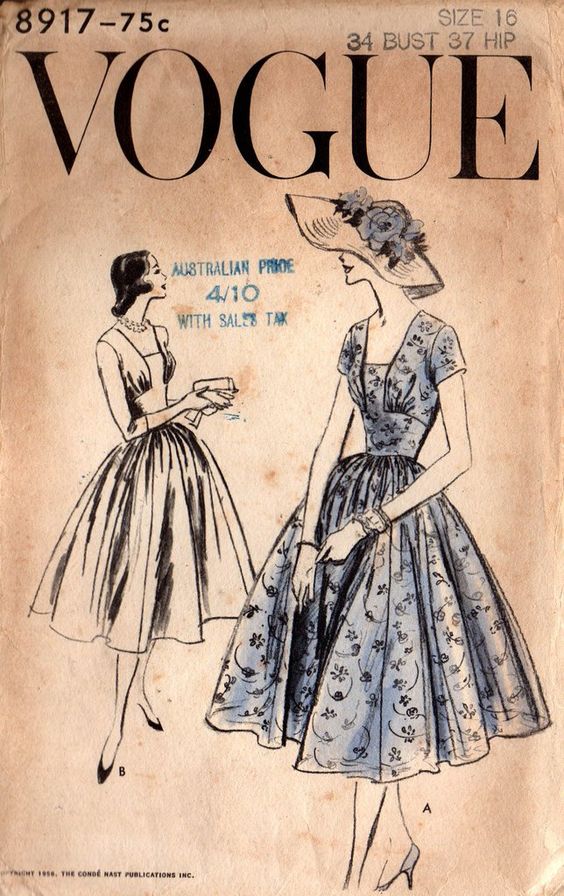 My original plan was to use a rare vintage Vogue pattern I had bought last year (for a pretty penny), with a beautiful Nani iro sateen print I had been eyeing for some years now. I began with making a muslin of the Vogue pattern, then another, then another, until I had reached about five iterations. I grew frustrated, but it was such a gorgeous pattern that I really wanted to stick with it. The main issue is that the bust part kept slouching down – I think it needed some boning channels, but vintage patterns tend to assume you know how to do things, and I think this step was simply omitted in the instructions. I had lost patience, so I packed the pattern away. I figured it would at least be a wonderful collectors’ item to have.

I then considered a vintage pattern I had made last year, but given up on due to too many fit issues. I had managed to scale it down to fit me in the bodice, but the sleeves were large, baggy, and twisted around my arm and under my armpit. Extremely unflattering. I had spent a lot of time adjusting that one, and since it had been a year, I was willing to come back to it with fresh eyes, knowing that the bodice was good to go.

I took out my sleeve block (which I know fits me as well as a sleeve is going to fit me), and compared it to the pattern piece. The pattern piece was huge in comparison! The reason I had been scared away from altering it, though, is because the sleeve cap is cut off and set into somewhat of a drop-shoulder (vintage patterns can be tricky to fit when the pattern pieces don’t match the standard ones you’re used to! At the same time this is what appeals to me about vintage patterns). Then I realized – the sleeve really wasn’t any different other than the top of the cap being cut off. I tried doing it with my sleeve block. It was much less baggy, but still twisted. I realized this pattern needed the adjustment all my patterns need.

This is a really simple adjustment, and I did it to the shoulders on the yoke of the bodice. It worked! The sleeves were much less twisted. I was so pleased, and it was extremely satisfying to watch the adjustment work its magic. This is why sewing is so amazing! I also adjusted the pattern to have a zipper in the back rather than the side, since I have trouble getting dresses over my head otherwise.

So I used the beautiful floral Nani iro to make the Advance 8346 instead. I had 4 metres, and managed to fit all the pieces in even though the pattern called for about 6 yards. This involved cutting the pieces on one layer of fabric, and all the maneuvering took a full day. But in the end, I had a version of the Advance 8346 that I loved way more than my first attempt. And aside from a day of cutting, it didn’t take that long.

When I finished it though, I saw another Nani iro sateen at EweKnit, and I decided I needed to make another version in a teal version. This time I got 5.5 yards of fabric, and I had plenty for cutting out my dress. I had bought this AMAZING pre-cut silk bias tape, and I took the time to use it to finish all the seams using a Hong Kong bias finish. It took a while, I’ll admit, and it was kind of tedious. But it looked gorgeous in the end, and the neutral grey of the bias picks up the silver touches in the fabric so nicely.

Then I hand-stitched the entire gigantic skirt hem, and it was pretty on the outside and the inside. I also added a waist-stay, which helps support the skirt and keep the waistline snug around my waist.

I had given up on this pattern a year ago, but the envelope art was so beautiful and I was so disappointed it hadn’t worked out. I’m so glad I gave it another chance and came back to it, because it is now one of my favourite and most unique patterns. I wore it to the Fancy Sewcial and got lots of compliments, and everyone appreciated the beauty of the fancy yoke seams. 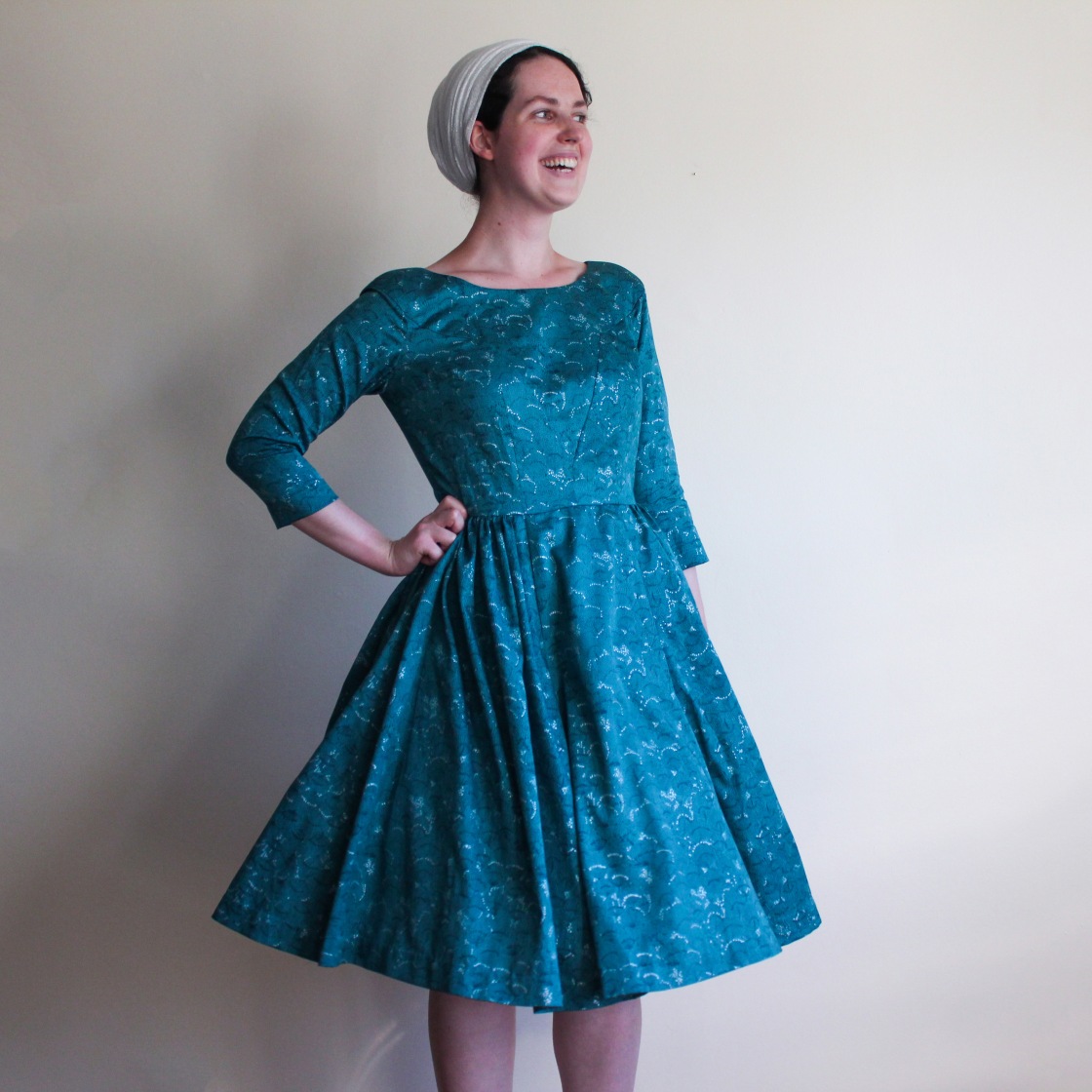 Hopefully, I can come back to my rare vintage Vogue in the future and make it work just as well!